RAWhatsApp APK is a good alternative for RCYOWA because it can give you iOS experience when using the WhatsApp. That means it provides lite and dark variant themes which looks the same as the iOS skin. However, users of RCYOWA are migrating to this edition just only because of look and feel.

Facebook-owned WhatsApp is the highest subscriber base instant messaging application for all popular platforms such as android and iPhones. And accessible with the web browser in the desktop devices. So, their team provides all possible resources to the users.

Although the official app has all features which do necessary things to the users, still many people around the world prefer WAMODS developing by the thrid party developers. It just because of WAMODS have special features that the official app doesn’t.

RAWhatsApp iOS APK is one of the WAMODs and has a bunch of cool features. It gives iOS look on your android device. Just download from below.

What is RAWhatsApp iOS APK?

RAWhatsApp APK is an iOS themed mod application for android devices which focuses on particular category users who love apple company. When it comes to the technical information, it’s just another WAMOD which is based on the Fouad Mods (Click here to know more apps from Fouad).

Ridwan Arifin has developed it and he is an android developer from Indonesia. Interested in modifying the apps and you can see FB lite with more features in his Youtube channel.

With RAWhatsapp APK, people can use two accounts of two different numbers in one android device. This is possible because the developer has released the two packages (clone and unclone) which can install side by side without conflict with each other.

The best and reliable place to download RAWhatsApp iOS APK latest versions for the android devices directly from the developers. Since we have linked to the developer of this application, here you can see the official and updated editions.

Unclone – Comes with the default package name. So, you should uninstall official Whatsapp to install this variant.

How to Install RAWhatsApp iOS APK on Android?

For new users, we suggest you to take backup from the official app and the proceed the below procedure.

For old users, we don’t need to suggest anything since you know everything.

Step 1. Once you take the manual backup, go to our download page and download any package named app.

Step 2. Go to the file manager app and there you should tap on the RAWhatsApp APK file.

Step 3. Allow unknown sources in the android settings and go back to the APK location.

Step 4. Tap on the Apk file again and install RAWA on your android device.

Step 5. Open it and allow storage permission to get the old chats.

Step 9. Apply White or Dark theme. Follow guide which is given below.

How to Apply Theme?

Step 4. There you can see the load theme option.

Step 5. Tap on it and select the .xml file from your device storage.

You have successfully applied iOS theme to your RA WhatsApp.

Since this mod has anti-ban feature, it is totally safe for the users. But as per company guidelines, this kind of modified apps are prohibited to use.

How to update RAWA iOS?

The updating android application is easy and hassle free. We update the latest version according to the developers message and you can download APK from our secure servers. Just install and overwrite.

How to use RAWhatsApp iOS App?

There is nothing special in this edition when compared to the official Whatsapp usage. It’s same as that. Just login with your phone number and verify it like you normally do. Set up the options and done.

What are the alternatives?

There are many alternatives to the RAWhatsApp iOS. The most updated and trusted app is Fouad iOS from MB Mods. It does provide same features and security. The best recommendation from us if you to migrate.

If you love iOS theme style in this instant messaging application, then you should try this RAWhatsApp iOS app. And there is clone and unclone apps avialable to download and that can be used for 2 accounts. Also, comes with anti-ban measure and saves your account from banning. 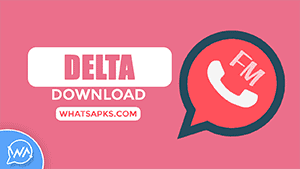 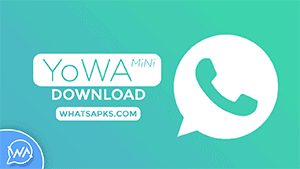 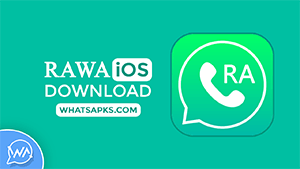 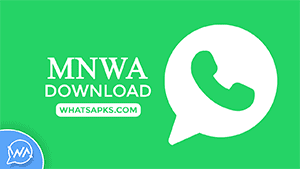 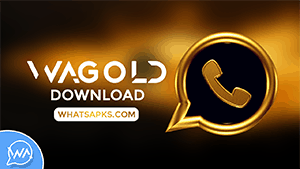